When we work in the space of Congenital Heart Defects (CHD) as technical as it can be to understand each defect, it is crucial we do, so the work that we do as a child health care foundation with a focus on little hearts. There are various cases that come to us, tetralogy of fallot being one of the most common but then there are rare ones like ALCAPA (previous blog!) and AV Canal Defects which is the one we would like to elaborate on…

What is an atrioventricular canal (AVC) defect?

It is a problem in the part of the heart that connects the upper chambers (atria) to the lower chambers (ventricles). There are two types of such defects. One is called a complete defect and the other a partial.

The incidence of AV canal defects varies from 0.24-0.31/1000 live births. There is also a strong association between down’s syndrome and an atrioventricular septal defect.

What is a complete AVC defect?

In a normal heart, there are two valves that separate the upper and lower chambers – but a child with a complete AV canal defect would have ONE large valve.

How would a child with this suffer?

A complete AV defect would mean that there is a mixture of pure and impure blood. Too much blood would flow to the lungs before traveling throughout the body. This means the heart has to work harder than it is required and will naturally enlarge and get damaged if the problem isn’t repaired through an open-heart surgery.

What is a partial AVC defect?

What symptoms would a child suffering from an AV canal defect have?

What tests are required to determine this defect?

How is an AV Canal defect treated?

A complete AV Canal defect requires surgery. The surgeon would usually close the two holes in the upper and lower chamber with patches. Similarly, the single valve is reconstructed into two separate valves – the Mitral Valve and the Tricuspid Valve.

The first AV Canal Defect repair was done by Americal surgeon, Dr C Walton Lillehei and his colleagues in 1955.

Our Foundation, Genesis Foundation is a focused child health care foundation basied out of India which supports children with Congenital Heart Defects. Over a period of time, we have supported approximately 10-12 AV Canal Defect cases. 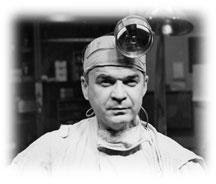 Here is the story of one such special case – Krishna Kumar. Then, only ten months old, Krishna Kumar is the only child born to couple Indu and Ajayfrom West Champaran. When he was only six months old, he developed a bad bout of pneumonia. High fever, wheezing, all severe symptoms which worried his parents sick. They rushed him to a district hospital where the treating doctor heard a murmur in his heart. Ajay who earns a humble Rs 5000 per month as a labourer could not afford to think of traveling to Delhi for further testing as recommended by the doctor. So they let it be, time passed and their son kept coming in and out of pneumonia spells.

Amrita Institute of Medical Sciences in Kochi partnered with Rotary to host a camp in Patna which was more accessible, around six hours by road– so, Ajay took Krishna for further evaluation finally. An echo was conducted and a congenital heart defect was revealed – an AV Canal Defect.

1. There were two holes that were found in his heart

2. One valve in his body, where there are meant to be two

The only life-saving solution available was open-heart surgery. Ajay’s income did not permit him to protect his son’s life. He didn’t even have any savings that he could fall back on. The case was brought to light by the hospital itself and we came forward to support his surgery with funds from a personal donation.