History of Double Aortic Arch
The first post-mortem description of a double aortic arch was made by Hommel in 1737. Then much later in the 1930s, the diagnosis of a vascular ring anomaly was accomplished with the advent of Barium esophagography.

The first open surgical correction of a double aortic arch was done by  Dr. Robert Gross from Boston Children’s Hospital, who did division of the aortic arch through left thoracotomy on 7th June 1945. 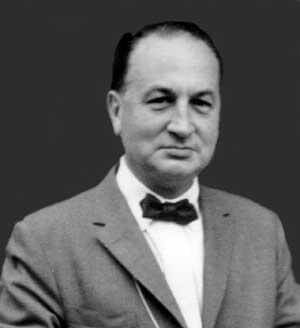 What is a Double Aortic Arch?
The double aortic arch is the most frequent type of aortic arch malformation to result in a vascular ring. The ascending aorta arises normally, and as it leaves the pericardium it divides into two branches, a left and a right aortic arch that join posteriorly to form the descending aorta.

The left arch passes anteriorly and to the left of the trachea in the usual position and then becomes the descending aorta by the ligamentum arteriosum or the ductus arteriosus. The right aortic arch passes to the right and then posterior to the oesophagus to join the left-sided descending aorta, thereby completing the vascular ring. From each arch arises a carotid and a subclavian artery . These arches are usually not equal in size, the right arch is commonly the larger of the two. One arch may be represented by a single atretic segment; in that case, the right arch usually persists.

Symptoms
The most common symptoms displayed by patients present at the time of diagnosis are those arising from the respiratory system. If such symptoms arise in a newborn or young infant and happen recurrently, the child should be shown to a physician with a possibility of the presence of arch anomalies.

Diagnosis
There are several methods of diagnosis for a double aortic arch.

Recently, it was demonstrated that prenatal diagnosis by ultrasound avoided unnecessary delays in the repair of symptomatic vascular rings and that repair on identification of symptoms prevented the development of secondary trachea-bronchomalacia .

Usually after the surgical division of the vascular ring, the respiratory distress may persist for weeks or longer because of localized tracheal deformity (either stenosis or tracheomalacia), emphasizing the need for immediate repair on diagnosis.
Surgical outcomes are excellent after repair of double aortic arch, although persistent respiratory symptoms are frequent and probably associated with previous compression-related mal-development of the trachea and major airways.

Double Aortic Arch Surgery Supported by Genesis Foundation
One year old, Juee Ankush Chavan is the youngest baby in the family. Born to the couple Ankush and Devata, she is a happy baby and thoroughly spoiled by her two elder brothers. Juee was diagnosed with a double aortic arch. The surgery for her was supported by children’s heart foundation, India.

The family lives in Satara, Maharashtra where Ankush has a tough job of being a railway porter, which brings in a monthly income of Rs 4000 per month. The case was brought to Genesis Foundation’s attention by Jupiter Hospital, Pune and with support from Pernod Ricard India Foundation we were able to financially help the family out during a difficult phase. Juee is on regular follow up and is doing fine now.